Get an overview of our beautiful destinations 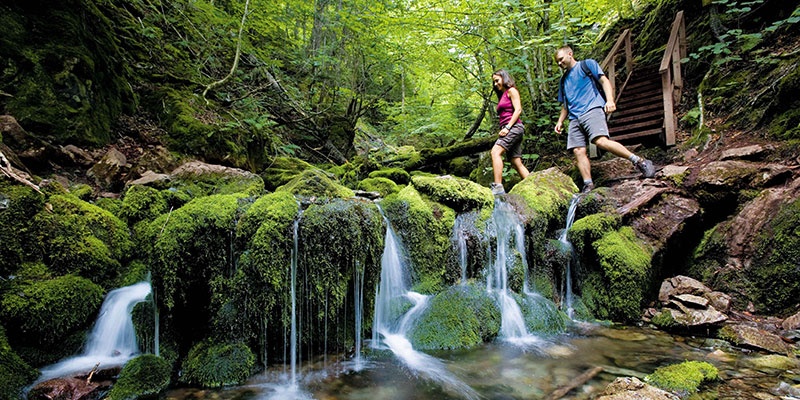 Made up of five diverse regions, New Brunswick is Canada`s only officially bilingual province and home of the world`s highest tides. New Brunswick is rich in unspoiled wilderness with rustic salmon fishing lodges, remote coastal islands for kayaking and quaint Acadian villages. From the dramatic beauty of Hopewell Rocks at low tide to the coastal peace of Grand Manan Island to the warm beaches of Kouchibouguac National Park, New Brunswick is a outdoor lover’s playground. 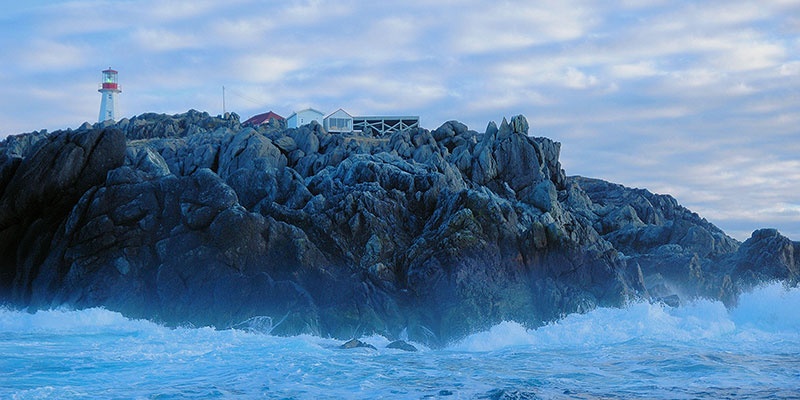 Home to the oldest settlement in North America, Newfoundland & Labrador has some of the friendliest people you will ever meet. The first place to see the sun rise over North America, Newfoundland and Labrador has dramatic coastlines, breaching whales, remote villages, majestic icebergs, and a renowned sense of hospitality. From the colour of St. John`s to the peaks of Gros Morne National Park to the graceful Cape Spear Lighthouse, Newfoundland & Labrador is like no other place on earth. 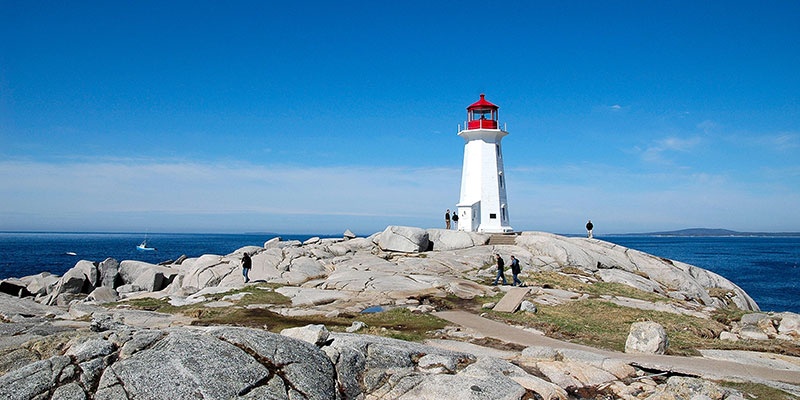 Not quite an island, Nova Scotia has a history filled with stories of ship wrecks, pirates, buried treasure, smuggling, and ghost ships. The province’s rugged coastline and soft sandy beaches surround a land of rolling hills and dense forests. From the majestic grace of Peggy’s Cove Lighthouse to the highlands of Cape Breton’s Cabot Trail to the vibrant colour of Lunenburg’s working waterfront, Nova Scotia is a unquestionably “Canada’s Ocean Playground.” 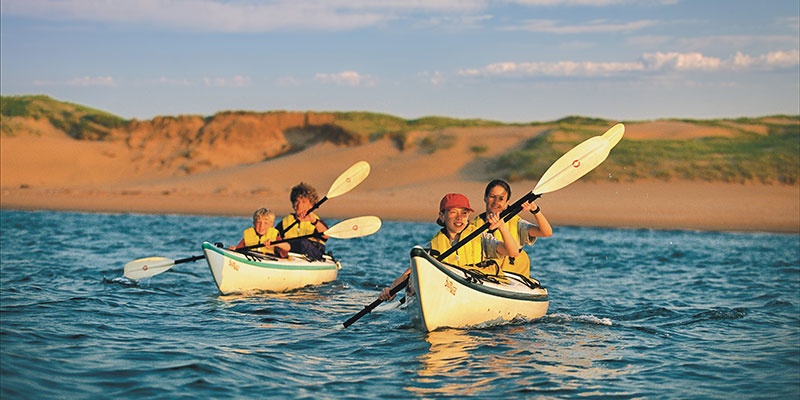 Quaint and pretty as a storybook, Prince Edward Island is Canada’s smallest province and perhaps the most charming. The island’s peaceful landscape of lush green hills and rich red soil are surrounded by the best beaches and warmest waters in Eastern Canada. From red-haired Anne of Green Gables to the renowned restaurants of Charlottetown to the wind-blown sand dunes of Cavendish Beach, Prince Edward Island earns its reputation for being Canada’s “Gentle Island.” 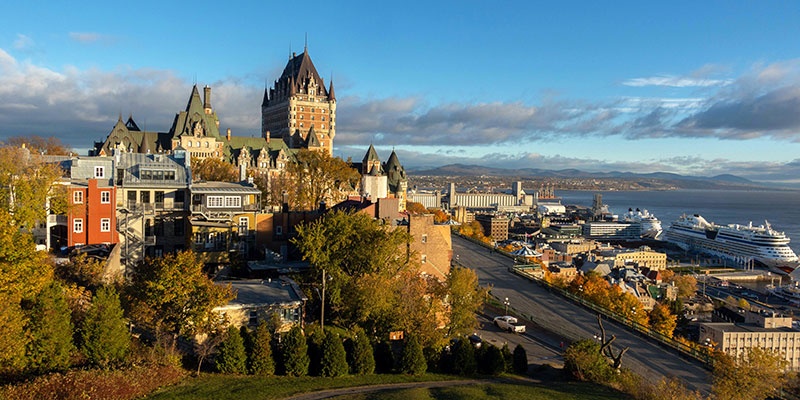 Canada`s largest province and the center of French-speaking culture in North America, Quebec is rich in history and offers some of the best cuisine on the continent. From the jagged coastline of the Gaspé Peninsula to the peaks of the Laurentian Mountains to the narrow streets of Old Quebec City, Quebec is filled with natural and cultural treasures waiting to be explored. 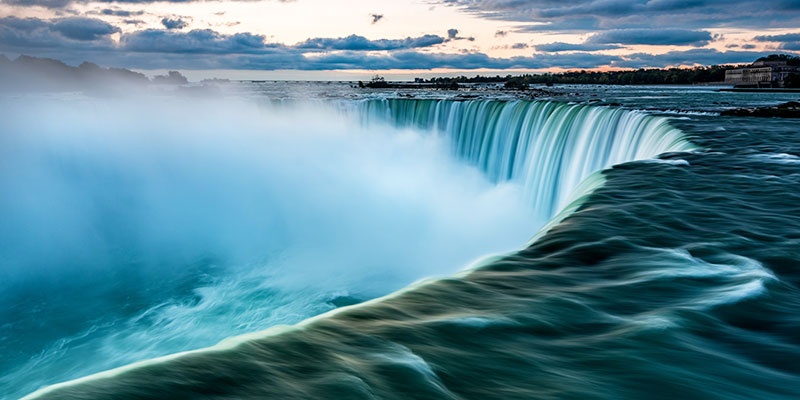 With great cities and world famous wines, almost 40% of Canada`s population lives in Ontario. And yet, with over 250,000 lakes containing over one-third of the planet`s fresh water there are still abundant places of natural beauty. From the power of Niagara Falls to Toronto`s multicultural streets to the peaceful forest of Algonquin Park, Ontario will welcome you with her striking beauty and warm people. 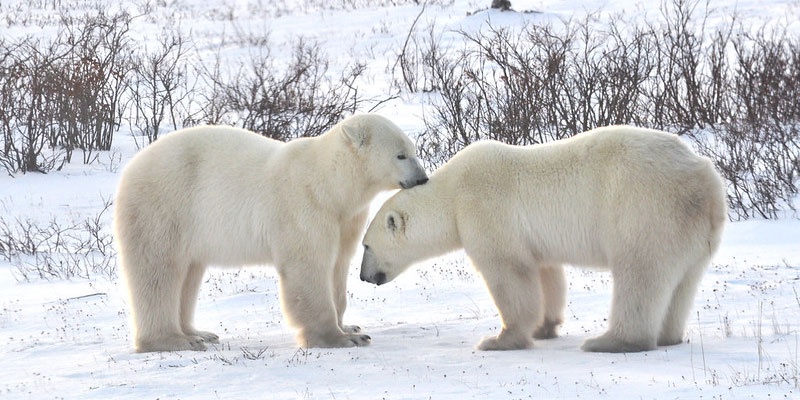 At 649,947 square kilometres (250,946 square miles) Manitoba is Canada’s sixth-largest province, has more than 100,000 lakes and a population of about 1.2 million. Manitoba is bordered on the north by Nunavut Territory, on the west by Saskatchewan, on the east by Ontario and on the south by North Dakota and Minnesota. While considered one of Canada’s Prairie provinces, Manitoba actually has three distinct geographical zones: the agricultural triangle in the south; the predominant Precambrian Shield with its rugged terrain and profusion of lakes; and the arctic tundra in the far north, home to polar bear, caribou and arctic fox. Winnipeg is located at the heart of both Canada and North America. A scant 104 kilometers (65 miles) north of the United States of America border, Winnipeg is easily accessible by rail, road, and air. Named by National Geographic Traveller Magazine as one of the best trips for 2016, and Lonely Planets 10 in 10 region for Best in Travel in 2019. The city is a celebration of culture, history and design. From the varied wildlife of the rugged outdoors to the vibrant urban setting of Winnipeg, your time in Manitoba will be an Unforgettable journey.